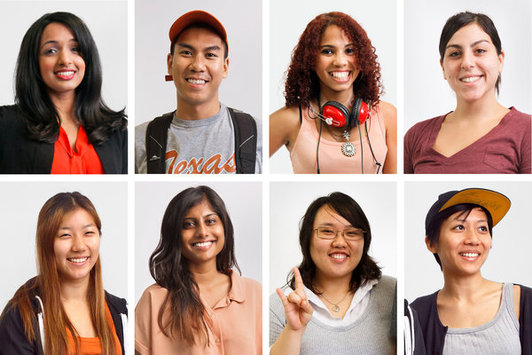 Worldview is a psychological perception of the world that determines how we think, behave, and feel. People have different worldviews, which reflect the ways in which the world is filtered through one’s experiences and teachings. Based upon the Kluckhorn and Strodtbeck Value’s Orientational Model, Ho (1987) developed a table comparing different world views of cultures.

This table includes areas of relationships:

Asian Americans are considered to be in the dominant ethnic minority groups. Ethnic groups tend to see themselves as a target because the majority are Americans in the United States, which they see as privileged. For example: Asian Americans may be hassled more at an airport because they could be targeted as “terrorists” whereas a white person may get through the airport with no problem. People tend to be prejudice against these groups which makes them feel like they are more of a minority of what they really are. Because whites can blend in more with society Asian Americans feel like they do not fit in as well because of skin color and the labels that other groups put on them.

Most majority-minority groups such as Asian Americans that are immigrants to the United States feel as if they are not fully accepted here. They feel as if they do not have a home because they would now have mixed cultural ways in between the American ways and Asian ways. When these immigrants go back to where there home originally is in the Asian part of the country they often do not feel as if that is their home either. They could get picked on by their culture as well because they have added more of the American style to their culture. They then become stuck between the two cultures feeling as if they do not fit in either place. The individualism-collectivism distinction has important implications for how one experience some negative emotions.